RSK Infrastructure Framework is a side-chain or second layer built to run alongside the Bitcoin blockchain. RSK offers smart contracts that improve transaction speed to 400 transactions per second and they confirm transaction faster than Bitcoin, 10 seconds instead of 10 minutes. You can convert BTC on a 1:1 basis to RBTC or Smart Bitcoin, the native token on RSK. However, there is also a third layer RSK project, here the RIF token is used. On this third layer you can build dApps. In this blog we will explain the difference between the two coins. We also show you what RSK Infrastructure Framework is and what they are trying to achieve.

What is RSK Infrastructure Framework?

RSK Infrastructure Framework aims to establish a new, decentralized internet, where users have control over their identity and privacy. At the same time, they also want to make the peer-to-peer network accessible to everyone around the world, the Internet of Inclusion. They want to achieve this with IOV labs, the internet of value. This stems from RIF labs, but now has a different name so that it is easy to identify and in this way also separates the organization from the RSK platforms.

With Bitcoin it is possible to send digital assets without censorship, RIF adds the identity, storage, communication, gateways, micropayment layers. In this way, a decentralized sharing economy is created that protects the rights of users and individuals.

Not everyone has access to these privileges. This is certainly not always the case in second and third world countries. However, RSK offers the infrastructure and services so that the widest possible part of the world’s population can participate and use their network. With this RIF hopes to improve and change the lives of millions of people. Until now, these people do not have access to financial institutions such as banks. Via RIF, people can now deal directly with each other, via peer-to-peer. This does not require the intervention of third parties, such as a bank, and it is without censorship.

For this, they offer the side-chain as a second-layer solution, on which smart contracts can be created, something that is not possible on the Bitcoin blockchain . They call themselves the most secure smart contract platform in the world.

Please note: please note that the text below about the RSK Infrastructure Framework (RIF) currency as well as the explanation thereof should in no way be construed as advice. The choice for whether and in what way you want to trade (crypto) and which choices you make in terms of investment is up to you and you alone. We are not financial advisors.

See how RSK sees itself in this short video.

How can you get the smart Bitcoin (RBTC)?

Since the Bitcoin blockchain does not have a smart contract option nor can it audit external SPVs, RSK relies on semi-trusted third parties. These are also known as ‘the Federation’ or the federation. These are 15 well-known parties that can lock and unlock Bitcoin. This way you prevent that one party has control over the locked Bitcoins. The members of this federation receive a 1% expense allowance for every transaction on the network. An SPV is a Simplified Payment Verification. You can now verify payments without having to download the entire blockchain, which would be incredibly time-consuming. In this way you turn BTC into the RBTC currency.

An RSK PowPeg is used to go back from RCBT to BTC.
There is one drawback to this system, however, and that is that it takes a very long time. From BTC to RBTC can take 15 hours and vice versa even 33 hours. A faster solution to get RBTC is to buy the coin on a crypto exchange. We’ll get to where you can do this later.

The Coins of RSK Infrastructure Framework

We have now seen that RSK has the RBTC. This currency is used as gas so that transactions can be paid and smart contracts can be executed. It is the native coin of RSK. Basically a bit the same as ETH is used to pay the costs on the Ethereum blockchain. You can get these RBTC in two ways, through the 2-way peg system or by buying them on an exchange.

However, RSK also has a second crypto coin, the RIF token. Now you may ask yourself why this second coin is there, and why is the RBTC not used for everything. That’s a really good question and we’re going to explain it in such a simple way.

RSK has the RIF OS (RSK Infrastructure Framework Open Standard) protocol. This is a third layer protocol on which dApps can be developed, based on smart contracts for faster, simpler and scalable dApps. Initially, this is built on the RSK ecosystem, but the intention is that other platforms with smart contracts will be added later. Because you are now on other blockchains, it is necessary that there is a neutral token with which you can work on all these platforms.

What is also important is that the price of this token depends on the supply and demand of infrastructure services. So independent of the price of a native coin on a network, such as ETH, RBTC or EOS . The RSK project also expects that DEXes (decentralized exchanges) will allow to exchange the native coins of the networks that include the RIF OS protocol and the RIF tokens. In this way, the ‘Internet of Value’ that RSK is striving for is one step closer.

The RSK smart contract network, where the RIF network forms the foundation, is the first open source smart contract platform secured by the Bitcoin network. This includes the identity, storage, communication and payment layers mentioned earlier. With this, the Decentralized Sharing Economies (DSE) can be set up. These are marketplaces where there is collaboration and you as a user can communicate with other users via peer-to-peer. Smart contracts that cannot be changed coordinate this. This is again part of the ‘Internet of Value’.

Is RSK a threat to Ethereum?

RSK is not an immediate threat to Ethereum, but it does address several issues that Ethereum is struggling with.
Many projects have been built on Ethereum because of the built-in smart contracts present on this blockchain. As a result, the traffic on the Ethereum blockchain is very high, and the gas costs have skyrocketed. Ethereum itself is trying to solve this problem with the long-awaited Ethereum 2.0 version. There are also several other projects that offer faster and cheaper options compared to Ethereum with their own ERC20 tokens.

RSK has built a bridge to Ethereum. The RSK Virtual Machine (RVM) works very well together with the EVM (Ethereum Virtual machine). The smart contracts on RSK are written in Solidity. This is the programming language for the Ethereum smart contracts. In addition, the RCM has a few advantages that the EVM does not have. To use these, a developer only needs to make a few minor adjustments in the smart contracts.

Another advantage of a side chain like RSK is that the processing power of the main blockchain remains untouched. This is in contrast to many dApps that are built on Ethereum.
What RSK does is pay people to test the security of blockchain. RSK pays developers, hackers and other security experts to expose vulnerabilities. The safety of all involved has been significantly increased in this way and the system has been improved as a result.

The team behind RSK

RIF Labs now has more than 30 employees. The founding team leads the entire club. Both the founding team and the complete team have extensive knowledge of and experience in crypto in various areas. Some have been active in the crypto world since 2011.
Sergio Demian Lerner is co-founder and Chief Scientist Officer and is seen as one of the figureheads of RSK. He has already set up seven other firms before RSK, all with a technological background. He has been involved with crypto since 2011. He is a licensed software and firmware developer and holds a Computer Science degree from UBA in Argentina.
Diego Gutierrez Zaldivar is co-founder and Chief Executive Officer. Since 1995, he has been a pioneer in web development in Argentina. He has been working with Bitcoin since 2021. He is very experienced in the crypto world and is known all over Latin America.

Ruben Altman is co-founder and Chief Operating Officer. Among other things, he has experience in setting up a virtual supermarket in Argentina and has also worked in London for two years. Here he worked on pay-per-click platform. All themes that in one way or another reappear in the Internet of Value. He is Professor of Computer Science at ORT University and also holds a Computer Science degree from UBA in Argentina.

Adrian Eidelman is co-founder and Chief Technology Officer. With more than 20 years of experience in programming, he fits in nicely with the other co-founders. He has a degree in Computer Science from UBA in Argentina.

Their advisors include Eddy Travia, Joey Garcia and Valeria Bystrowicz. All people with an extensive background in blockchain technology.

Where can I buy RIF tokens? 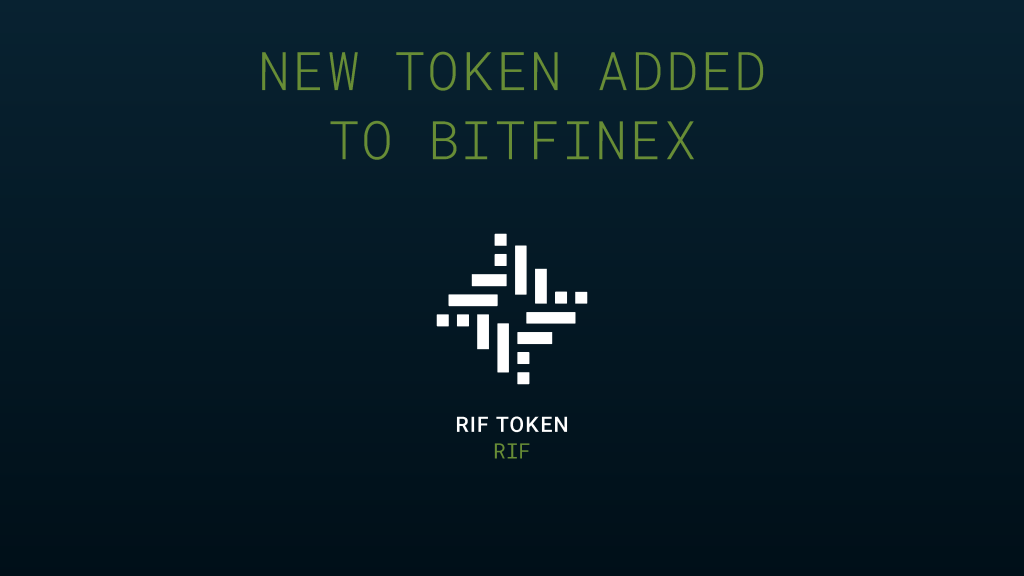 Where can you store the RIF tokens and RBTC coins?

When you want to store RIF tokens in a wallet, you have to make sure that you choose a wallet that supports RIF tokens. This coin is a somewhat newer and less known currency than, for example, Bitcoin or Ethereum, so it is possible that you will encounter a wallet that does not support this coin.

If you want to go for the most secure storage option, it is best to choose a hardware wallet. As the name suggests, this is a wallet in the form of a USB stick. You can therefore completely disconnect this wallet from the internet. The moment you have not linked the wallet to a computer, it is impossible for hackers to get into the wallet. Of course you still have to store the wallet in a safe way. The most popular hardware wallets are from Ledger and Trezor.

Their tokens might be a bit confusing when you see it first, as they have both the RIF token in-house, but also the smart Bitcoin RBTC, which is pegged to BTC. However, the RIF token seems to have more options, as it is not only used to handle payments on its own RSK blockchain, as is the case with RBTC.

Their third tier option, where the RIF token lives, can also talk to the Ethereum blockchain. A nice project that is worth keeping an eye on.