There is a lot of talk about the new Web3, which should be the successor to the current Web2. This will be a decentralized and a more intelligent version of the internet, through the use of AI. Besides smart programs that increase the user experience, we will also see an integration of crypto and blockchain. This is because the new web will run on decentralized protocols. Exactly the same kind of protocols that crypto and the blockchain also run on. Smart contracts will play an important role, and a lot of DeFi runs on that again. Many DeFi protocols are already underway to simplify the integration or transition from Web2 to Web3. Marlin Protocol helps with that.

Please note: please note that the text below about ‘Marlin Protocol (POND)’ as well as the explanation thereof should in no way be taken as advice. The choice for whether and in what way you want to trade (crypto) and which choices you make in terms of investment is up to you and you alone. We are not financial advisors.

Here you can first watch an extensive video how Marlin Protocol works.

What is Marlin Protocol?

Marlin Protocol is an open protocol that provides a powerful programmable network infrastructure for DeFi and Web 3.0 . Marlin addresses the urgent contemporary concerns at layer 0. The Marlin Protocol therefore has a high scalability, is decentralized and maintains anonymity. Marlin simply wants to deliver on the promise of a decentralized web.

Four different projects are used for this.

This can then be easily integrated into existing blockchain networks, protocols and dApps. The result is faster P2P (peer-to-peer) communication, reducing latency to 100ms (latency is the time it takes for data to travel from the original source to the final destination). The throughput of public blockchains will also be increased by up to 500 times, far exceeding already existing scaling solutions.

The applications seem limitless, but it will mainly be streaming and gaming dApps that can get the most benefit from this.

How does Marlin Protocol work?

The Marlin Protocol has several features, such as scalable, low-latency multicast. A multicast is a network method for efficient distribution of one to many traffic. For example, a video meeting sends traffic in a single stream to a multicast group, such as computers, devices, and IP phones. Also don’t forget the anonymity at the network layer and higher resiliency with less bandwidth consumption. These in turn provide support for an efficient network layer aimed at the decentralized ecosystem.

Different protocols are used for this, which we will look at here.

What is Marlin Relay?

Marlin Relay creates incentives for the nodes in a network to compete with each other to distribute blocks.
It is a blockchain agnostic, permissionless relay network with built-in rewards. It is generic and can be integrated with several blockchains at the same time. Many other relay networks are specifically focused on one blockchain. With a reward structure, you also ensure that the trustless nodes can contribute resources to the network without adversely affecting the security guarantees. Work is done by four different people.

One more word about the relays. There are already other blockchains that also work with relays, but with small numbers, smaller than ten. These are open to possible bribery, and therefore constitute a single point of failure. Marlin works with a large network of relayers that can secure almost any blockchain. This is outside the normal tasks of staking and mining.

The image below shows how the Marlin Relay works. 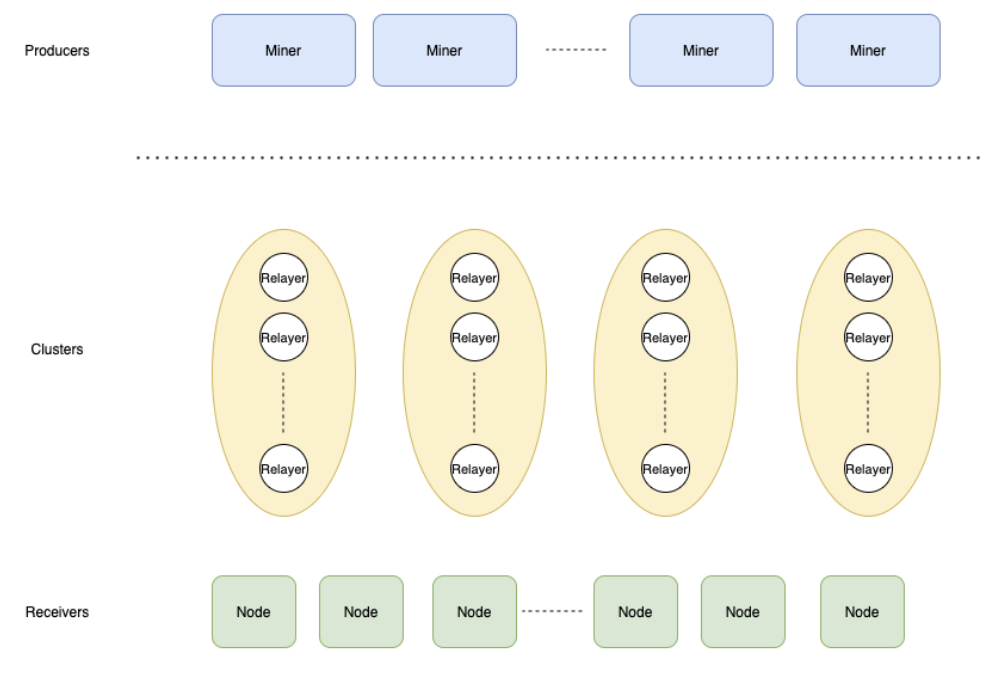 What is the Network?

The network consists of four different types of nodes.

A cluster operator is responsible for managing the beacon, monitoring and relay nodes. As a user, all you need to do is run and manage a user node.

The image below has a good schematic representation of the network architecture. 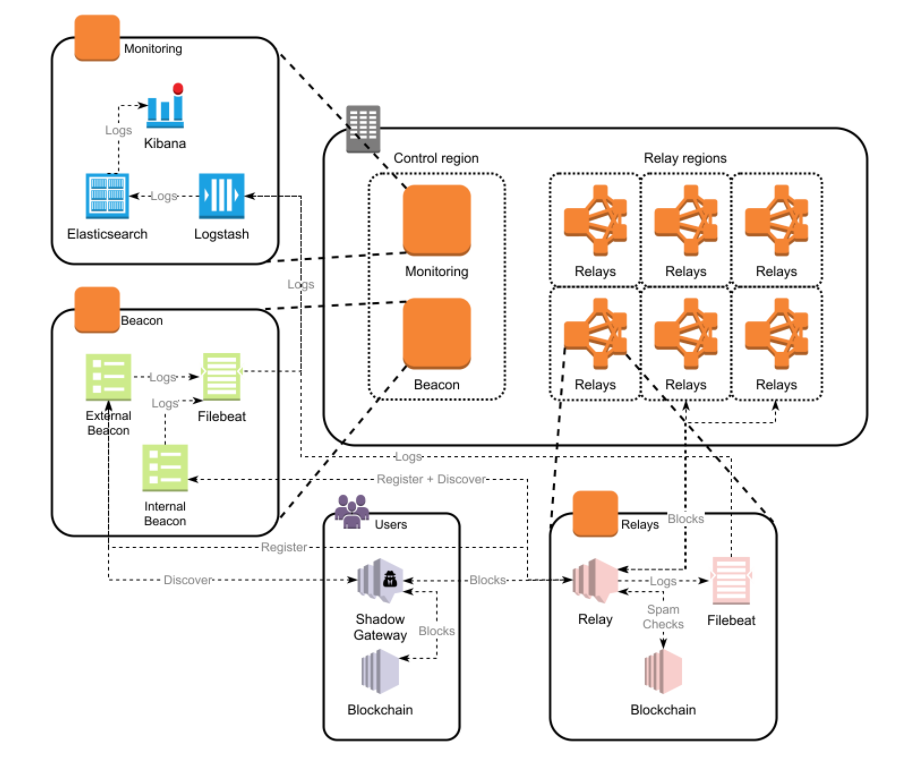 What is Marlin Cache?

Marlin Cache is a distributed and event driven caching system . Only a small fraction of the contracts and addresses are responsible for most on-chain activities and questions about the blockchain APIs. The blockchain does not have to be interrogated for every question, these can be performed locally. Therefore, Marlin Cache maintains a small cache of frequently used data.

The benefits include faster response time because nodes are used closer to the user. Moreover, you do not have to query the blockchain data.

The advantage over a CDN (Content Delivery Network) is that Marlin Cache can often effectively cache unpredictable and changing content such as API responses, and a CDN cannot.

It’s also not a competition from other APIs, but more of a supplement. Marlin Cache sets this up as a kind of layer. You can then extend this to a hierarchical distribution of caches, a bit like CPU. You now get maximum performance at low cost.

The following image clearly shows how simple this works. 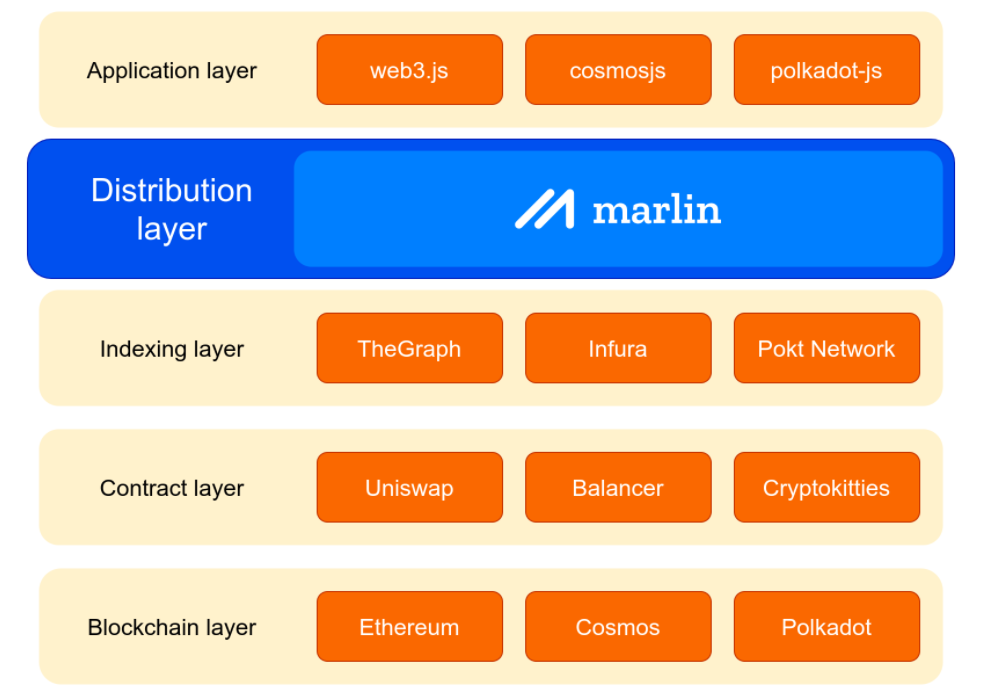 What is the Multicast SDK?

The Multicast SDK allows applications to connect and communicate with the Marlin Network. It can also be used by developers as a general building block to have real time communication with the nodes.

With this you get

Who is on the Marlin Protocol team?

The Marlin Protocol team includes a few names with a lot of talent and know-how. Let’s get acquainted soon.

There are several other people mentioned, and it is a clever group of people.

What is the POND token?

There are two tokens in circulation with Marlin, the POND token and the MPOND token. The first is tradable, the second is not. 10,000 units of MPOND are in circulation and of POND 10 billion. There are 736,908,424.43 POND in circulation, so only 7%. The POND token is an ERC20 token. To spin a Marlin node, you have to stake MPOND and get POND as a reward. MPOND is used for administration and staking. 1 MPOND is then 1 vote.

You can also convert MPOND to POUND through a bridge, for 1 MPOND you will get 1 million POUND or vice versa.

Both tokens have specific functions and are important for the proper functioning of the protocol. These features are:

Below you can see how both tokens work, in the flowchart. 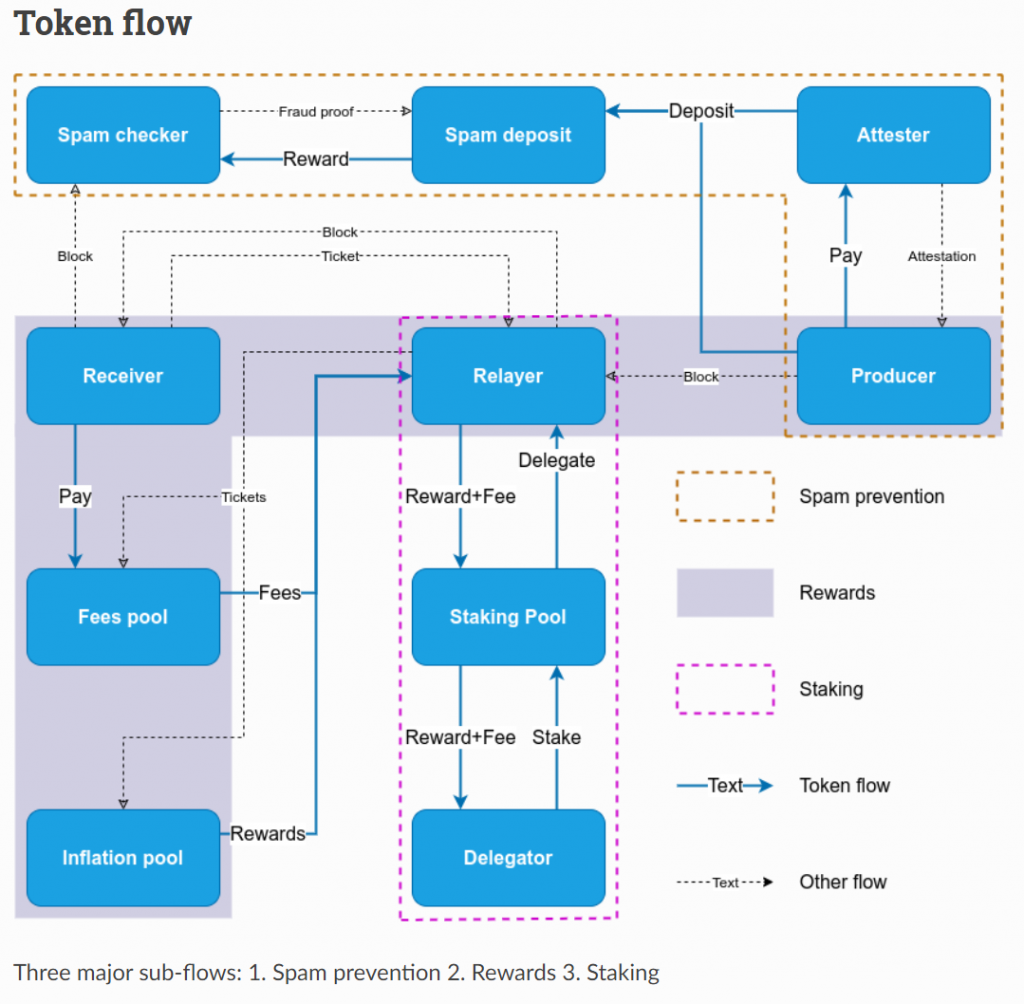 What is the price of the POND token?

If you want to invest in the POND token, a good place to start is to know its price. If you are already going to trade, you also want to make a profit. You can make a technical analysis to see what the best buy or sell moment is.

At  CoinMarketCap  , it is just inside the top 500 in place 470. This coin has a fairly neutral outlook, but you never know what will happen if Bitcoin continues to rise in 2021. I think it could experience a good price development. If you want to invest in this coin, it is important to do your own research.

Where can you buy the POND token?

The POND token is for sale on Bitvavo  . Bitvavo has included this coin in its offering at the beginning of September 2021. Most leading CEXs also offer this coin, such as  Binance , or Gate.io. There are also many liquidity pools on DEXs such as Uniswap where you can find a POND pair.

What is the best way to store the POND token?

You have several options to save this token. If you want to go for the most secure storage option, choose a hardware wallet . As the name suggests, this is a wallet in the form of a USB stick. You can therefore completely disconnect this wallet from the internet. The moment you have not linked the wallet to a computer, it is impossible for hackers to get into the wallet. Of course you still have to store the wallet in a safe way. The most popular hardware wallets are the X or S version of Ledger or a model of Trezor.

You can of course leave your POND token on the exchange where you bought the token. However, now you do not have access to your private keys. The private keys of an exchange remain in the hands of the exchange itself. The danger of a hacked exchange is always there and then you have a chance that you will lose your coins. These wallets on an exchange are also called hot wallets .

We have seen how the Marlin Protocol aims to simplify the integration or transition from Web2 to Web3 . They have various programs and protocols for that that we have discussed. If this project gains momentum and receives more attention, the project will gain momentum. They have only been working since the end of 202o. Unfortunately I couldn’t find a roadmap, but the project still looks good. While the POND token price was mostly sideways in 2021, you never know how this could develop further. Certainly not if the project gets more attention. At that point, the price of the POND token will most likely change positively. If you want to invest in the POND token, do your own research first.