In today’s article we will tell you literally everything you want to know about the Enjin coin. We dive into the world of Gaming, and the technology itself behind Enjin. So are you ready? Let’s kick off right away with this article. Enjoy reading!

What is ENJIN COIN?

It’s time for some fun! Games! Blockchain and games (or more maturely: gaming) is a combination that is becoming increasingly common. Gaming is always looking for new techniques. Think, for example, of Augmented Reality or Virtual Reality.

The very first game ever designed with blockchain technology is the game Crypto Kitties. Admittedly, not the most spectacular name for a game ever. But despite this, there was quite a bit of media attention for this game.

There are now several parties on the market that are trying to incorporate blockchain technology in games. And Enjin is one of them. We explain how the Enjin platform works, which options there are for both decelopers and gamers and which games are currently being developed.

We will of course write everything out for you. But others prefer to learn from a video. Here’s an introductory video of no less than 14 minutes that shows you all the basics around ENJIN COIN. Specifically, the video discusses the Enjin Coin (ENJ) and how the coin works. 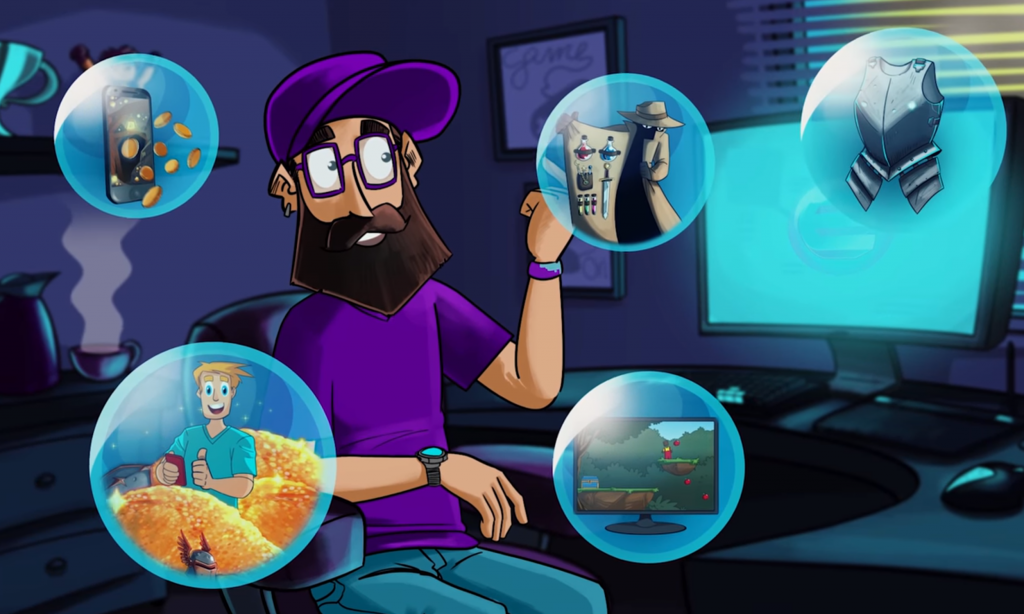 Enjin is committed to a platform on which it is possible to manage digital objects. That sounds simple, but logically there is a lot involved. One of the biggest challenges facing the gaming industry is the management of digital objects.

Not only is it necessary for payment methods to be integrated into the games, but these are often also susceptible to fraud. In addition, games themselves do not become the property of the objects they purchase, which can also cause problems.

Another problem is that the degree to which an item is unique cannot be guaranteed by developers. For example, several items can be offered at once.

But Enjin’s concept that catches the most fire is their proposal to create a value economy within a game landscape. This makes it possible to reward gamers for their effort and playing minutes in the form of a currency that represents money. You get it already: the Enjin Coin (ENJ coin).

Let’s take a look at Enjin’s value proposition and how they represent an economy within a game landscape.

In 2018, Enjin launched a presentation during the Game Developers Conference on how exactly Enjin’s value proposition is designed. You could find this presentation in the video. We have listed the steps for you:

See below an image of how the Enjin ecosystem works 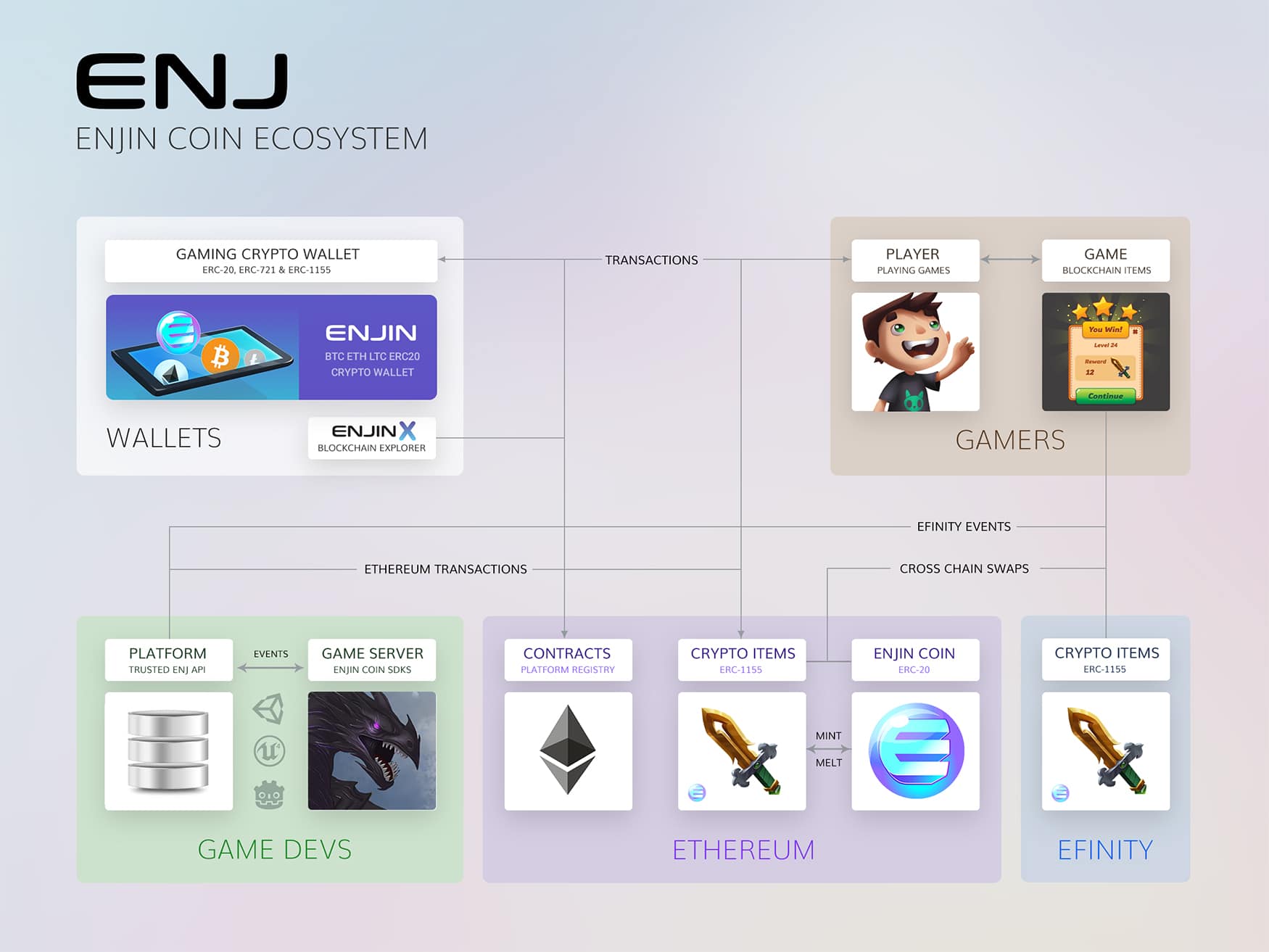 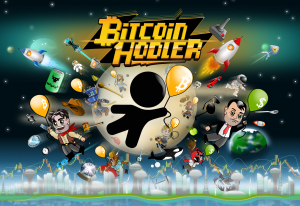 There are currently several games in development that will be built on the Enjib platform. One of these games is Bitcoin Hodler. This game is very similar to the Flappy Bird game. In Bitcoin Hodler you play an avoidance game on your smartphone, in which you have to achieve various high scores.

Other games that run on the Enjin platform are Crypto Fights and War of Crypto. What is more talked about is the Minecraft server that runs entirely on blockchain: called Enjincraft. This server has integrated the Enjin Wallet into Minecrat, allowing you to easily store or trade in-game items with other players.

Enjin aims to build a ‘multiverse’ of multiple games. You can then use items earned in one game in another game. Or sell the items by value, so that you can make new purchases in another game with the collected Enjin coins.

Would you rather go for a software wallet? Then ENJIN has created an ENJIN WALLET. On this you can effortlessly store your ENJ tokens and always have them at hand.

The least secure option is to leave your ENJIN COIN tokens on the exchange . As soon as your ENJ tokens are on an exchange, you run the risk that the exchange will be hacked or that due to a DDOS attack about freezing from a federal investigation, you can no longer access your ENJ coins temporarily or permanently. If you want to park your ENJIN COIN tokens at any cost on a reliable exchange? Then choose the cryptocurrency exchange Binance .

Do you want to buy ENJIN COIN? Then there are now many platforms and brokers that allow this. Buying ENJIN COIN is incredibly simple. The easiest for Dutch customers is to do this via the Bitvavo exchange. You can easily create an account here. After you have linked your bank account, it is possible to deposit euros via IDEAL.

After you have topped up your account with euros (or other cryptocurrencies) you can immediately buy your ENJIN COIN coins. Have you made a profit and do you want to collect this profit? Sell ​​your ENJIN COIN token on Bitvavo again and transfer the profit back to your bank account free of charge.
Want to buy ENJIN COIN? Buy them directly on Bitvavo below!