Bancor is a blockchain protocol that allows its users to transact directly from the network. Bancor aims to bring liquidity to the cryptocurrency market with its Smart token, which is the Bancor Network Token (BNT). It may still sound vague to you, but after reading it you will know exactly what Bancor is.

The Bancor protocol is a platform for creating Smart Tokens (smart coins) and providing coin liquidity. It allows users to create smart coins that can be instantly exchanged for other cryptocurrencies. You don’t have to look for a buyer or seller who would like to buy or sell the coins. In addition, new coins can be traded the moment they are created. The makers of new coins do not have to wait until they are listed on an exchange and there is interest in their coin. Bancor is paving the way for trading small and unknown coins.

To limit the liquidity of these tokens, the Bancor network has set up smart contracts , which create the Smarts Tokens themselves. Thus, these Smarts Tokens are a new type of crypto token specifically for Bancor protocol.

The Bancor protocol is implemented by a two-member organization. This organization consists of a board and an advisory council, both of which are located in the canton of Zug in Switzerland. We’ll tell you more about the people who make up the team later in this article.

The project was funded by an ICO that took place in the summer of 2017. The success of the ICO enabled the rapid launch of the Bancor protocol, which aims to address the low liquidity that some of the tokens suffer from. The liquidity of any token, cryptocurrency or even stock, represents the ability to buy or sell the asset quickly without affecting its price too much. Below is a brief explanation of what Bancor actually means.

What is the problem Bancor wants to tackle?

Bancor aims to support the liquidity that currently exists in the cryptocurrency market. Liquidity is not so much of an issue for the major currencies like Bitcoin or Ethereum , as there are always buyers and sellers willing to trade these currencies. However, it is a problem for the thousands of other tokens that can serve smart and decentralized purposes, but have not attracted enough market attention to be liquid.

The liquidity of a token is determined by the constant presence of buyers and sellers. A high liquidity token is one that you can easily buy or sell at any time. The opposite is true for low liquidity tokens.

The Bancor team believes that most tokens are difficult to trade and therefore fall by the wayside. Their protocol aims to integrate these tokens by helping to establish their liquidity. The team envisions a future with millions of tokens that are highly efficient locally, yet tradable globally. 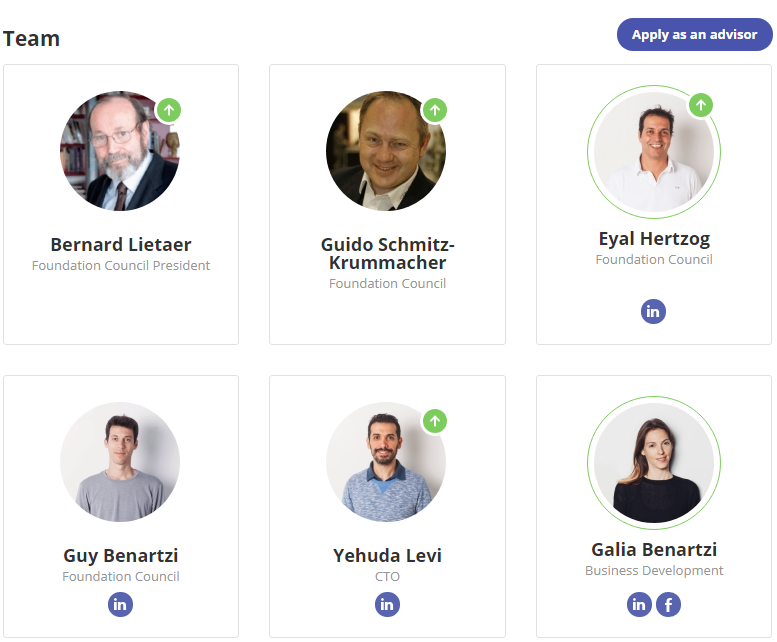 The Bancor team consists of a Board and an Advisory Board. The Board of Directors consists of four persons based in Zug (Switzerland). We tell you more about the people who make up the Bancor team:

The advantages of Bancor

There are many advantages of Bancor to mention. It solves a problem that affects many tokens and coins. Here are the biggest benefits of Bancor:

The Disadvantages of Bancor

Every technology has drawbacks, including Bancor. It is up to you to determine whether these disadvantages outweigh the advantages that Bancor has. Here are Bancor’s biggest drawbacks:

How does Bancor work?

Bancor is a fairly well-known project, and many people are eager to take advantage of it. That makes sense, but few people understand exactly how Bancor works, as it is difficult to understand. It is not an exchange of smart coins with other coins. It is a protocol that gives value and liquidity to new coins. The current challenge is to match new coins with, for example, Bitcoin or Ethereum. The gap is so great and the circulation of an interest in a newly created currency so small that the currency cannot be traded right away. It takes a regular process and strategy to arouse the interest of the users and increase the mintage before the coin is listed and has value. Bancor is therefore a protocol that changes that.

It does not matter how big the trading volume of the smart token is. It is always liquid, allowing small tokens to remain active and in circulation. Bancor eliminates the middleman, like the exchanges, because it uses synchronous pricing. It removes the need to match a smart token with other currencies, allowing users to immediately start exchanging and trading with these currencies. This is especially a boon for the small tokens, as they suffer from low liquidity.

The Bancor protocol has its own currency, the BNT. BNT is the very first Smart Token on the Bancor network and is owned by all other Smart Tokens. The BNT was launched on June 17, 2017, and serves as the hub token for the Bancor Network. All tokens in the network can be converted to and from BNT. This can be done at a rate calculated by the Bancor formula.

The Bancor protocol supports all tokens according to Ethereum’s ERC-20 standard. Each Smart Token created is an ERC-20 token and thus compatible with all other ERC-20 tokens. We already know that a Smart Token can be instantly converted to other tokens. However, it can also be converted to any of the tokens associated with its tokens, and so on. This creates a network of linked tokens that enables fast and automated conversions.

You can think of Smart Tokens as money holding money. They hold reserves in the same way that a central bank holds and exchanges foreign exchange reserves.

Bancor ensures the liquidity of tokens by removing the need for buyers and sellers to conduct an exchange (as with cryptocurrency exchanges). Instead, you can instantly make a transaction at any time via smart contracts on the network.

Bancor’s protocol ensures this liquidity by programming a constant reserve ratio (CRR) in all Smart Token contracts. The CRR prevents Smart Tokens from depleting their reserves, leaving nothing for potential buyers.

As the tokens pass through various smart contracts, the prices are calculated by a set of formulas and algorithms (which are available in the project’s white paper). These formulas are specially designed to guarantee conversion while avoiding exhaustion.

Converting tokens on the Bancor network

You can easily select in the app which tokens you want to exchange with each other, after which the Bancor protocol makes various requests to different smart contracts. The first request converts DRGN into a Smart Token that holds the DRGN in custody. The Smart Token is then liquidated into another Smart Token that EOS holds in custody. When the series of transactions is completed, you will receive EOS.

How can Bancor be used?

For example, let’s say KLM and Dela Airlines are going to use crypto and their air miles will be stored as ERC-20 tokens. That is quite possible, and also brings a lot of advantages. With the Bancor protocol, a user could then exchange the Dutch air miles for air miles from Delta Airlines, without anyone actually having to perform this exchange at that time. So it is much easier for users to be able to trade at any time. Normally, Delta Airlines tokens would have to be available before they could be exchanged with each other.

Where can I buy BNT?

BNT is a fairly popular token that can be bought at various crypto exchanges. For example, you can buy BNT on the large and well-known exchanges such as Binance and Bitvavo . In addition to BNT, you can also buy a lot of other crypto coins and tokens here. They are one of the largest crypto exchanges in our world. It is also possible to buy BNT in a DEX, such as Uniswap , Sushiswap and Pancakeswap . You can then store it in, for example, the MetaMask wallet. Buying via a DEX is, however, much more difficult to carry out. Since August you can now also buy BNT on Bitvavo.

How can I store BNT?

We are lucky that BNT is an ERC-20 token. This allows you to store BNT in almost any wallet; both software and hardware wallets. The ERC-20 token is the token that runs on the Ethereum blockchain, and also the most used token in the world of cryptocurrencies.

If you have a lot of BNT, it is recommended to store it in a hardware wallet . This way you ensure that hackers cannot access this if the wallet is not linked to a device with internet. You can also store the BNT in a software wallet, as long as you secure it properly.

Bancor is a protocol that allows the creation of smart tokens that can be exchanged for other crypto tokens once created. All coins are available for trading the moment they are created using the Bancor protocol. There is no need to trade and find a counter offer or match the price of the new token with the existing coins to trade it properly. The protocol handles all of this in real time and helps users trade any coin they want. In this way, Bancor wants to ensure that small tokens can also benefit from the growth of the crypto world.